Get to know the Kuku people

The Kuku are found in southeastern part of central Equatoria. Their most important town is Kajo-Keji. The Kuku number about 20,000-30,000 and a few of them are found in West Nile District of Uganda.

The physical environment of Kajo-Keji exhibits mountainous terrain with undulating contours drained by a number of small perennial streams which cut deep meandering valleys in which these streams flow. Rainfall is abundant.

The influence of weather and topography have shaped the socio-economic activities of the Kuku. They are predominantly agrarian sometimes producing surplus product for the market. The main crops are sorghum, maize, groundnuts, cassava, simsim, tobacco. The Kuku also keep cattle. The proximity to Uganda has had tremendous impact and the monetisation of Kuku economy.

Oral tradition has it that Bari migrants – motivated by the desire for cultivable and grazing land – ventured southward in the early decades of the 19th century. These migrants were endowed with the powers for making rain. It was this small, but formidable group of the Bari that claimed legitimacy to the land and in subsequent years became known as Kajo-Keji.

Over time, the Kuku population increased, and new generations of families, and clans emerged. Consequently, the Kuku people criss-crossed the land, established farms and carved out grazing lands. The Kuku lost their cattle to tsetse fly, thereby abandoning animal husbandry as a full-time occupation and devoted much of their energies to agriculture.

The Kuku speak Kuku tongue, which is a dialect of the Bari language.

The Kuku society is built on social and moral values which emphasize on virtue, identity and tradition that has inner meaning to their daily social life. Being predominantly agrarian, the Kuku demonstrate a high sense of independence and very few social events bring the people together. They however, have very stringent traditions and customs:

Marriage traditions and customs are very strict among the Kuku. They are exogamous and marriage to blood relatives is forbidden. The Kuku pay 2 cows and a bull, 4 goats, 2 spears, a number of hoes and now, money in dowry. Once the dowry has been paid, the bride is taken to the groom’s home in a ceremony. The bridesmaids stay with her for up to 10 days.

There is a practice of elopement with a lover if his proposal had been rejected. The Kuku practice polygamy but each wife has her own quarters and the widows can be appropriated by the elder son. Divorce is difficult when there are offsprings, but should it happen for whatever reason the dowry is returned. Birth to twins brings sorrow because it is viewed exceedingly as a bad omen which may entail the death of one of the parents.

The news of death is announced by loud wailing of women followed by the beating to a sad tone of a drum and the performance of funeral dance in a war-like demonstration. A bull is sacrificed. The burial takes place after 24 hours. Before the entombment, the widow or widower is led to the nearby stream and kept there until the burial has been completed. The body is laid with the head facing eastwards. The widow is led out of the house by the wife of the blacksmith to the adjacent stream and has her head shaved. She is stripped of all ornaments.

The Kuku are very particular about telling the truth (kuye). Particularly, for the people in position of authority no matter the circumstances. It is performed by holding two long sticks while speaking out the truth.

This used to be an infamous custom among the Kuku for human poisoning by administering snake poison. This custom is disappearing although in some remote areas it is still being practiced.

Kuku society is ruled by several independent chieftains assisted by a number of sub-chiefs and clan elders. The chief exercises administrative, political as well as spiritual powers of rain-making.

The Kuku believe that a human being is made up of a mortal body and immortal soul. After death, the soul is liberated and continues to exist in a sphere in which, it directly associates and communicates with God (Ngukaitait) but communicates with living relatives by causing them to be sick – in default of necessary sacrifices.

A miniature house is therefore built for the spirits in every homestead where the living communicate with their departed ones. The Kuku believe that the souls of neighbours exchange visits whenever there is a ritual sacrifice in the neighbours house. The Kuku believe in the spiritual powers of mediums or medicine men or women (kujur), who wield much respect among the people on account of their mysterious communication with God (Ngukaitait). On setting out on a mission of doubtful result, the Kuku would make a rope of green grass and bury it under a stone beside the road as a sign of good omen for the mission.

Kuku culture like that of other communities is essentially oral and is transmitted from generation to generation through song, dance, music and folklore which exalts virtue, identity and a sense of independence and self-reliance.

The Kuku have advanced arts and exhibit enormous skills in iron-smelting and production of iron implements (bows and arrows, hoes, spears), canoe-building. This has greatly improved their methods of land tilting, hunting (trapping of leopards, hunting elephants) and fishing practices.

Any Kuku male who exhibits unique skills or expertise in hunting, fishing, canoe-making, and iron-smelting and manufacture of iron implements was referred to as blacksmith or ””tumunit”” (singular) or ””tomonok”” (plural). Indeed, there were men in the Kuku society who had the unique skills of killing elephants, rhinoceros, and hippopotamus. They specialized in making snares or nets for trapping wild animals.

Neighbours and Foreign Relations and Co-operation

The Kuku neighbour Bari, Nyepo, Kakwa, Pöjulu, Madi and Lugbwara. The Kuku high sense of self-identity and success shaped their relations with neighbours and foreigners. The Kuku co-operate with other people as far as there is mutual trust and respect. They are known to boycott people or goods from people who may have mistreated them such the boycott of Arab merchandise or Dinka butcheries in Kajo-Keji.

Kajo-Keji, the Kuku main town used to be part of Yei River Administration. It has been separated and made an independent administrative unit. Kajo-Keji was liberated in 1997 and this event witnessed the return to their homes of many Kuku people who had hitherto lived as refugees in Uganda.

As a result of the long running civil war, many Kuku people have migrated and settled in West Nile District of Uganda. Some have travelled further a field into other parts of Uganda, East Africa and the rest of the world.

Scopas S. Poggo, ‘The Origins and Culture of Blacksmiths in the Kuku Society of the Sudan.’ Paper presented at Hawaii International Conference on the Arts and Humanities. Honolulu, Hawaii, January 8-11, 2004.

Have a Big team working edicatedly to save the child, staff work 24 hours for emerjency injure patient 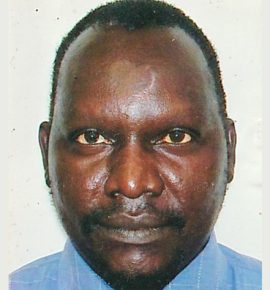 Saturday To Thursday - 9am to 5pm
Friday - Closed